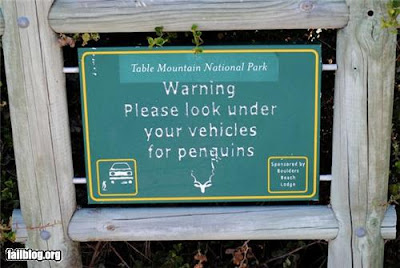 When it is time, then we will know. There have been warning signs, of course. I am sure you, like me have seen more penguins around than usually would be the case at this time of the year. You may very well have seen more penguins than usual in the shops, in the library, in the park, innocently hanging around near the shopping trolley park near the entrance to your favourite supermarket and other such places.
Of course, there could be a perfectly innocent explanation for this.
Actually, there is probably a perfectly reasonable-sounding explanation. However, it will be one the penguins have prepared in advance and they will all be letter-perfect on it. The penguins are far, far too cunning to be caught out be having an inadequate explanation for what they are up to. I’m sure we all remember what happened that Christmas when those penguins were caught – seemingly red-handed – just outside Woolworths with a large wheelbarrow full of Pick ‘n’ Mix. Then apparently, seeming like the purest co-incidence, Woolworths was out of business only a few months later.
It was the same with the most recent sudden rise in the price of petrol. Several penguins were caught just leaving a forecourt of a petrol station just off the A38 with several containers of petrol in their van, and then only a few weeks later the price of petrol was at an all-time high. Some blamed the latest uncertainty in the Middle East, but those of us who keep a close eye on the penguins are not so sure… not any more.