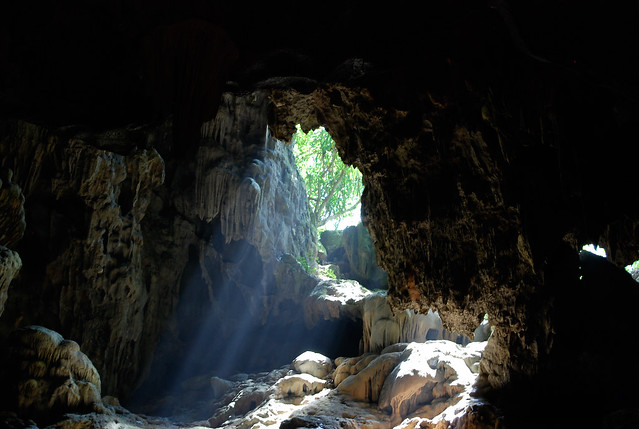 Now, though, its dark place was broken open and the sun, brighter than it remembered, was breaking through, waking it up. Now, reaching out, it found this new prey. As its tendrils broke the prey open, it heard the familiar scream of something dying and it knew this new prey would be good. Its tendrils entwined with the prey and it tasted.

The tendrils ripped the prey further apart, each tendril spreading out its capillaries, deep into the fragments of the prey each tendril held. It drained away all the sustenance, until all that remained of the prey was empty husk.

It was so hungry; it had not eaten for such a long time. Despite the harsh heat of the sun on its extremities, the tendrils reached out for more, searching for more prey. The tendrils moved over the drained fragments of the prey, over the clothes the prey was wearing before those tendrils had tore it apart. The tendrils flowed over the shoes and over everything the young woman’s friends had dropped as they fled, but there was nothing there left for it to eat.

It knew disappointment, and it knew hunger. Beyond that though, it had found some new prey now it had come from its long sleep. It knew too that this new prey was the best it had ever tasted.

It began to crawl.