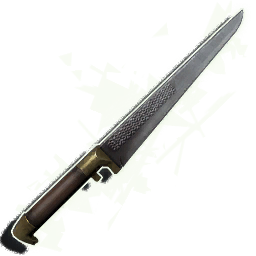 ‘Of course,’ the Emperor’s aide said, glancing across at his master and catching the subtle movement of an eyebrow. He sighed. ‘Of course,’ he repeated. ‘We in the court were very shocked to hear about your recent misadventure, High Sheriff.’

Glift tried to remember how to smile as his head nodded at the aide’s remarks. In Glift’s mind, an image of his favourite assassin’s blade slicing the aide’s throat wide open brought a bit more sincerity to his smile.

‘So, for the Emperor,’ the aide said, seeing the smile he was silent for a moment. ‘Where…? Oh, yes. For the Emperor, who is, of course, deeply concerned at your… er… misfortune, could you tell us what happened? How an Empire assasi… er… former assassin could be so overwhelmed… easily overwhelmed… by a few ruffians from the Warrens…?’ The aide relaxed his stance. There was also just a suggestion that one of the Emperor’s eyes flickered open for a moment.

Glift’s hand clenched by his side, in the place where the pommel of his sword would be if he was not in the Emperor’s presence. He glared at the aide. ‘There were too many of them.’

‘Too many? Too many for an assassin… a former assassin?’ The aide took a step back, looking away quickly as Glift made a quick move in his direction.

The aide blinked rapidly and swallowed twice before the words came to his lips. ‘I sent you there for a reason….’

‘I know that,’ Glift smiled at the Aide. ‘I’m just wondering what that reason was.’

One thought on “For A Reason”