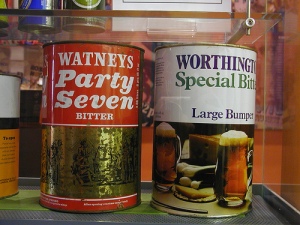 Of course, back then the world was a different place. It was about 100 yards to the left of this one, slightly more purple on a sunny day, and faintly smelt of processed cheese. Most remember the 1970s as a time for people doing the sex in a slightly different way to the way it is done now. It was slightly more hairy in places and involved more use of the elbows, especially down the back straight before the chicane.

Back in those long ago days, though, sex was less ubiquitous in the media. In addition, there was no home recording technology as such. Consequently, the sight of a liberated nipple on the TV was a subject much discussed in workplaces and playgrounds for weeks afterwards.

Back then, of course, not everyone could afford nipples of their own. The UK Post Office was split into three parts at the time. There was the postal service, the telephone service and – as has long been forgotten – the Post Office Sex Service. In those days, you could wait up to nine months, or so, to have a landline telephone installed. Even then, you were offered a choice of only two models of phone. In the same way, the Post Office Sex Service too had a long waiting list for nipples, with the waiting list for the household erogenous zones even longer. The long waiting list was one reason why pubic topiary was much wilder and freeform in those days. Mainly because it was the only method by which most people could disguise the fact that the Post Office was yet to install their genitals, or even their nipples.

Back in those days, alongside the public phone boxes on almost every street corner, there were public erogenous zone booths. These were places where you and a partner could get to touch, feel, fondle or otherwise have access to public service erogenous zones. Many people made use of these booths whilst waiting to have their own erogenous zones installed by a Post Office engineer.

Back then, there was a massive separation between business erogenous zones and private zones. Businesses, of course, had need of several erogenous zones, mainly to keep their customers satisfied. This is one reason why office Christmas parties acquired the reputation they did. Many workers waited eagerly all year just so they could use the workplace erogenous zones with each other during the wild drunken revels that could see upwards of three Watney’s Party Seven barrels open at once.

Back then, of course, there were only three terrestrial TV channels and no internet or satellite TV. This severely curtailed whatever entertainment options available to the population of the British Isles.

Inevitably, in hindsight, the limited access to private erogenous zones, and the national nipple shortage, eventually brought down the Heath government. The crisis peaked when access to nipples was limited to three days a week. This forced the British government to introduce rationing coupons for erogenous zones too.

The Heath government, in a desperate bid to cling on to power, authorised the use of power cuts and candles. Mainly in order to disguise the great nipple shortage and the lack of usable erogenous zones by the public at large. The government thought that with the hirsute pubic regions of the day, the poor lighting would make it easier for people to confuse access to the erogenous zones of their partner of choice. Either with the pet dog, cat, guinea pig, the then fashionable shaggy hearthrug or even, in some cases, their home aquarium.

However, these measures did not fool the UK population were. Eventually, the consequences of the Great Nipple Shortage led to the denationalisation of the Post Office Erogenous Zone Service. Which, in turn, ultimately lead to the wide variety, multitude of styles and quantity of erogenous zones available to the British public these days.