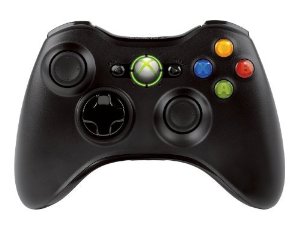 Spindizzy Rainbowisland is, of course, the UK’s leading video game designer. His massive worldwide hit from 2008 Grand Accountancy Audit: VAT Return is one of the biggest selling computer games of all time. In addition, the game is a great critical success and marketing franchise. Based loosely on the hit film The Justice League of Accountancy, the game itself has now had an option for a film taken out for it in Hollywood. There are rumours that Hollywood legend, Gravely Chinstubble himself may come out of semi-retirement to play the role of the Justice Accountants aged mentor and live-in cross-dressing Butler, Maude Cashbook.

Many people who first played the game later went on to become game designers, often crediting their decision to the massive influence of the game on their subsequent career choice. Many more though went on to enter the sexy, glamorous world of accountancy because of their experiences with and enjoyment of the game. Most critics credit the game’s massive worldwide success to its fully-immersive atmosphere. Many players have said that after playing the game for a while, they forget it is a game and feel they are really living as an accountant on the edge. A dream that for so long as been beyond most people’s capabilities. It is this possibility of becoming a glamorous accountancy superhero and learning just how to reconcile a cash balance that has enthralled so many players.

The game’s influence can, it is said by some social commentators, even be seen in school playgrounds around the country. Where now young boys and girls play games of accountancy and bookkeeping where they used to play games of football, marbles, skipping and good old-fashioned pitiless bullying of the weak and socially-awkward.

However, the critics of the game say its influence is pernicious by falsely holding out the prospect of even the most ordinary player becoming an accountant. This despite most players lacking the necessary intellect, drive, ambition and – of course – massive sex appeal, that we all know a full-blooded accountant needs. Especially in their daily battle against the evils of accounting errors that still blight what we like to think is a civilised society.

Many other critics point out that the game – because of its scenes of full-frontal accountancy – has an 18 rating. Minors should not therefore see, let alone play, the game. But well over 78% of under-eighteens recently questioned in an online poll for Madeupstuff Pollsters said they had played the game. Some of these minors – nearly 0.002% – admitted that they had tried some accountancy practices themselves. With some even admitting they had seen pictures of accountancy software – sometimes being used – when online.

These days most people feel that the game – as well as video games as a whole – is a force for good in society, if not an art form in their own right. Despite this, there are worries about children coming into contact with some accountancy practices before they are mature enough to understand them. Many credit such games as Grand Accountancy Audit: VAT Return as one of the games that have taken computer gaming out of adolescent bedrooms and on to the world stage. Therefore, they say, in years to come people such as Spindizzy Rainbowisland will be regarded as artists. Some even now put him on an artistic par with some of the greats of the past like William Shakespeare, Leonardo Da Vinci, Valerie Singleton, Marlon Brando and the Cadbury’s Smash aliens.