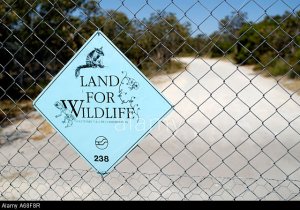 Spoonfed Droopyweasel is better known these days as an activist for the rights of politicians. Although back in her younger years, she was one of the leading theatre actresses of her time. She starred in many experimental plays, which – luckily – have been lost in the mists of time.

However, it was when researching her role for the part of an anarchist plant pot in Guardianista Twee’s Accidental Flowering of a Begonia, that she first became aware of the plight of politicians. The UK is a nation that prides itself on its kindness to animals. ‘So the way,’ Droopyweasel said, ‘that this country treats its politicians is scandalous. Politicians have to scrape by on a salary only well over double the national average. Some of them only have as few as two company directorships or a trade union pretend job or ‘advisory role’ to enable them to continue doing…. Well, whatever it is they do.’

According to Droopyweasel, these politicians are now an endangered species. There are only small populations of them at local level, or at the National Politician Reserve in Westminster and some in the European Zoo of the EU. Droopyweasel would like, in time, for the politicians to achieve a stable enough population for release back into the wild. This would allow them to live as they did in previous eras. However, many people are opposed to letting politicians out of their reserves, cages and other controlled zones. As one resident of a political constituency said, ‘we have only just managed to get these beasts under control. We don’t want them running wild again and infecting people with politics.’

Of course, letting politicians into the wild risks the very real danger that the disease of politics could spread to ordinary citizens, with all the dangers that entails. Although these days, there is a cure for people infected with politics, by exposing them to controlled daily doses of reality until the political virus is neutralised. However, even if there are no more symptoms of an ideological outbreak, it still can leave sufferers with irreparable brain damage. Sometimes, also, with a feeling they are entitled to substantial expenses and a nubile research assistant.

In the past, celebrity campaigners like Droopyweasel were lauded for their selfless work in trying to keep a population of politicians at sustainable levels. However, these days the majority of people tend to regard politicians as vermin, a less cute form of rat. As such, there is a growing groundswell of opinion calling for the total eradication of politicians. People calling for the extermination of the politics disease point out there have been several worldwide outbreaks of politics that have caused untold damage to the world and the people in it.

Droopyweasel, though, believes that the politicians are a necessary, if not vital, part of the ecosystem. She claims their selfish mendacity and megalomania is part of their endearing charm. Therefore, she says, the loss of politicians would be a severe blow to the ecosystem. That is providing scientists do at last discover exactly what it is politicians do and how it contributes to the environment.

However, for the majority of us they remain vermin and the majority feel that only total eradication of these creatures can prevent another devastating outbreak of politics somewhere in the world in the near future.